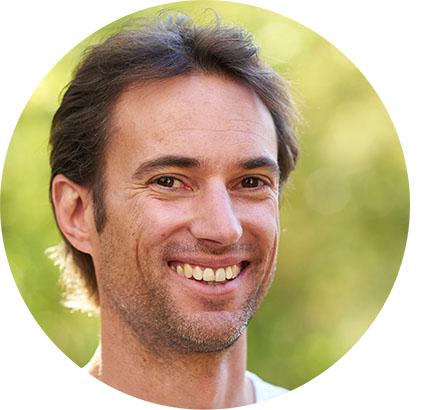 It can be great, or it can be a disaster. I’m running a startup with my wife: Journly. For us, it works. It’s not the first startup we do together, and we’ve just travelled around the world for 9 months spending every waking and sleeping second with each other. Here are some things to consider and watch out for based on our experience.

Be very aware when starting something in your ‘honeymoon’ phase: 0-3 years after you started dating. After this period, your relationship is likely to change a bit. For about 3 years, humans are supposed to have this physical desire to stay with their partner, basically until their kids have a high enough chance of survival without 2 parents. Read Sperm Wars (Baker). It’s a great book about how natural selection drives our (sexual) behavior.

Make sure you are different, yet the same. You should split responsibilities in a way that seems natural. If you’re both avid product designers and that’s what you really want to do, it is difficult to start together. You need a wider range of skills than that, and likely you’ll be in each others hairs often. A ‘coder’ and ‘designer’, or a ‘I built product, you market’ combo is perfect. In our case: my wife Melissa designs our product and writes the front-end html/css/js. I prefer the back-end. I’m the slave driver, Melissa is the lateral la-la thinker.

On the other hand, you want to be compatible. If you start getting annoyed by the way your partner chews her food, that’s not a good sign. Similarities bond. Having a desire for a minimalistic lifestyle is one for example. Or, having a passion for sports. It doesn’t matter what it is, but something that you have in common, that bonds you, but doesn’t get in the way of you getting your work done with too much opinion/interference from the other.

Although I still can’t get Melissa to share my passion for Disney movies and she can’t get me to care about throw pillows, we still share lots in common: minimalists, organics, good food, etc. I even show up to her yoga class once a year, and she’s indulged me in learning how to kiteboard.

Titles don’t really matter. Avoid the “I want to be CEO!” discussion until your ‘project’ has grown up to the point that it is worthwhile having that discussion. More likely than not it is already clear who of the two of you wants to be the more ‘outside’ person (deal with investors, press, long-term vision etc). vs, the ‘internal’ person (product, technical stuff, design, operations etc).

Lastly, but most importantly: work on conflict resolution. You will have conflict. Let me repeat, you will have conflict. Over and over again. Actually, this is a good thing I think. It’s been said that conflict is bad, a sign of “we’re not able to work successfully together”. I disagree. It is all about how you resolve that conflict. It has been shown that the #1 predictor for a successful marriage is the way you resolve conflict. #2 is the ratio between positive/negative remarks about each other. Not the absolute amount, but the ratio. So work on your conflict resolution skills from the start. It’s something that you can learn. For a primer, read: “The 7 Principles for Making Marriage Work” (Gottman).

Our last conflict was insidious and silent. We were both annoyed with each other for a list of things that were too small to matter. Melissa thought I was criticizing her design when I was trying to offer constructive feedback. Maybe it was the way I said it, maybe it was the way she took it, but it doesn’t matter. We had to talk in such a way that we were collaborating on a problem, figuring out how we got each other so annoyed, without confrontation. It took an hour, but eventually we figured out exactly where we had mis-interpreted what the other meant.

So you want to work you with your wife? Just go for it.